Barbara Markelz Athlete of the Year - 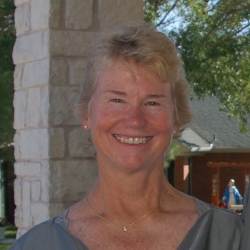 For athletes, there are many values that they live by. Barbara Lisehora Markelz values love, respect, sportsmanship, effort, and cooperation in her daily life. Whether it’s on the softball diamond, basketball court, or pickleball court, Barbara is committed to a healthy lifestyle and celebrating the joys of teamwork and competition. At 66 years old, Barbara is a loving wife of 40 years, a mother of five and grandmother of four. She has been committed to an active lifestyle as she was a longtime Physical Education teacher, having retired this past year in 2020. Along with her job and family duties, she has long been a Senior Athlete, competing in the Connecticut Masters’ Games, as well as the National Senior Games.
Being part of the Connecticut Senior Sports Family is a very important thing for Barbara and her family. Barbara, her four siblings, and her 89 year old mother, have all competed in National Senior Games in the past. Barbara is the type of person who leads by example. She has been competing in the Connecticut Masters’ Games for nine years, as well as the National Senior Games since 2013. In her time competing, Barbara has earned 15 medals total in the Connecticut Masters’ Games, including six Gold medals in softball, one Gold medal in basketball, and one Gold medal in pickleball. In the National Senior Games, Barbara has won three Gold medals in softball, one Gold medal in basketball, and one silver medal in Team Sprint Triathlon. In the 2017 National Senior Games, Barbara competed in both softball and basketball tournaments as well as three divisions in pickleball, earning a Gold medal in softball.
In 2019, Barbara suffered a life changing injury when she tripped on the staircase at her middle school teaching job. Barbara suffered a head injury that resulted in neurological damage. Barbara did receive neurosurgical care that has since improved her condition significantly. Since her injury, her recovery has been tremendous. She has mainly used sports as the cure for her injuries. She has been committed to an increased amount of physical activity with walking, cycling, swimming, and pickleball at least five times each week. Barbara had qualified for three sports for the 2019 National Senior Games, but could not compete due to her injuries. Despite those injuries, Barbara still was able to compete with her sisters to medal in the Team Sprint Triathlon, swimming 400 yards in Cochiti Lake, New Mexico. Her determination and dedication to competing, despite her limitations, has a powerful influence on her family and other
senior athletes. 2020 was a challenging year for Barbara, along with all senior athletes, as COVID-19 had put a halt to most, if not all, types of sporting competitions nationwide. Throughout the pandemic, Barbara has continued staying ready for the Games by riding her stationary bike and still playing pickleball daily. She still keeps in contact with her softball and basketball teammates through Zoom and has been sharing photos of nature that she has been taking while on her weekly hikes.
Throughout her time competing in the Connecticut Masters’ Games from 2011 to 2019, Barbara has competed in both Women’s Softball and Women’s Basketball every year. For softball, Barbara and her “Nor’easters” team have won Gold from 2011-2018. For basketball, Barbara and her “CT Classics” team have medaled every year from 2011 to 2018, placing Gold in 2016, placing Silver in 2011, 2012, 2014, and 2015, and placing Bronze in 2013, 2017, and 2018. Barbara started competing in pickleball in the Connecticut Masters’ Games in 2015. In 2018, Barbara competed in three pickleball events in the Connecticut Masters’ Games, taking the Gold in Mixed Doubles with her partner, John Hursh, 4th in Women’s Doubles with her partner, Marylou Ramery, and placed Silver in Women’s Singles. In her National Senior Games career, from 2013 to 2019, Barbara has also competed in Women’s Softball, Women’s Basketball, and Pickleball. Her first National Games was in 2013, where she placed Gold in Women’s Softball. In 2015, Barbara placed Gold in both Women’s Basketball and Women’s Softball. 2017 was the first year she competed in pickleball events, playing in the Mixed Doubles, Women’s Doubles, and Women’s Singles events. Barbara wound up winning 7 out of 13 matches she played from all her pickleball events. Due to her injuries, in 2019, Barbara was only able to compete in the Women’s Team Triathlon. Alongside her sisters, Diane and Patty, they medaled Silver in the event. Barbara also plans on competing in all three of her favorite sports to qualify for the National Senior Games in Fort Lauderdale in 2021.
Throughout her time competing, Barbara has been a perfect example of what it means to be an athlete. Winning medals are great accomplishments for an athlete, but her perseverance and determination to put the time in and compete to be the best is what should be seen as her best achievement in her athletic career. Not only has she put the time in, she has gone above and beyond with what she’s had to go through during her life and has come out of it with the same passion for competition. It is an honor, and our pleasure, to award Barbara Lisehora Markelz with the Nutmeg State Games Athlete of the Year award.

Along with the Volunteer Form, Medical staff will have the Sports Medical Staff Manual on their person throughout the Connecticut Masters' Games event.  If you have any questions please don't hesitate to ask Patrick Fisher and Executive Director of the "Games"  You can reach him by phone (860) 788-7041 or email patrick@nutmegstategames.org.