AWARD DESCRIPTION:
The Richard P. Garmany Tennis & Leadership Award was established in 2011 to honor the late Richard P. Garmany, a long-time recreational tennis player who unselfishly gave his time and energy to promote the sport of tennis.  This award recognizes one male and one female Masters' Games Tennis Participant who through guidance and by their example have encouraged and inspired others to play tennis, assume leadership roles and provide education to the tennis community.  This award is supported by the Richard P. Garmany Fund at the Hartford Foundation for Public Giving.*

ABOUT RICHARD P. GARMANY:
Before his death in 2008, Mr. Garmany, a former executive at Aetna, created a donor-advised fund at the Hartford Foundation through his will.  Since then, grants totaling more than $1 million have been awarded to support dozens of nonprofits, including Hartford Hospital, the Yale School of Forestry and Environmental Studies, Connecticut Public Broadcasting Network, the Hartford Symphony Orchestra and the Connecticut River Watershed Council.

ELIGIBILITY:
In order to be considered for the Richard P. Garmany Tennis and Leadership Award one female and one
male must be nominated and meet the following criteria.

2. Outstanding dedication to the tennis community

4. Also, please explain the following about the nominee

SELECTION PROCESS
Prospective winners are nominated for the Richard P. Garmany Award. The nominees are selected and
determined depending on their meeting of the above criteria. The results are based on a weighted average.

TIMETABLE:
February: Solicitations sent out to Tennis Participants
Friday, April 29th: Application Deadline
Early May: Nominations due to Awards Committee
Mid May: Recipient selected
Presentation of the award at the start of the CT Masters’ Games Tennis Tournament 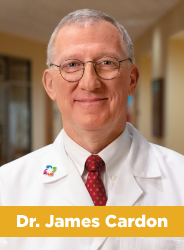 Along with the Volunteer Form, Medical staff will have the Sports Medical Staff Manual on their person throughout the Connecticut Masters' Games event.  If you have any questions please don't hesitate to ask Patrick Fisher and Executive Director of the "Games"  You can reach him by phone (860) 788-7041 or email patrick@nutmegstategames.org.